Dawson’s is a WA gardening institution. Family owned and operated since 1903. 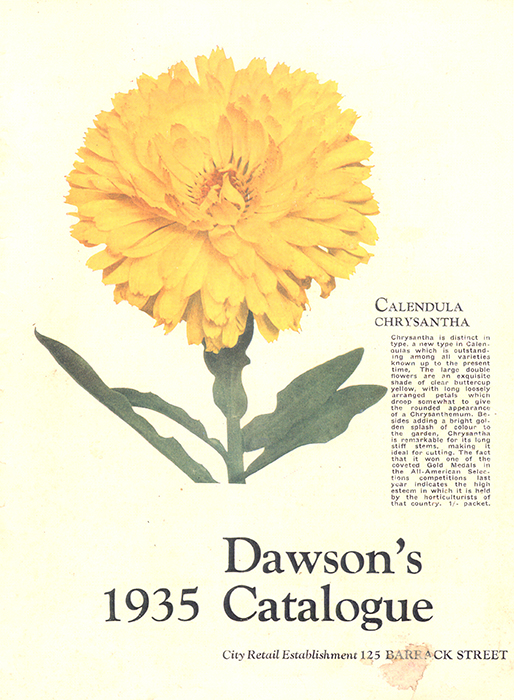 Dawson’s as we know it had it’s humble beginnings in 1903, when a partnership was formed between George Russell Dawson and Edward James Harrison. Dawson and Harrison, established their first production nursery in Belmont and plants were originally delivered by horse and cart to businesses and residences around Perth.

Ten years later, Dawson and Harrison, were looking to expand their enterprise and in 1914, purchased the land on which the present Forrestfield Garden Centre stands. The firm’s original Forrestfield block was of 100 acres, much of which has since been developed for housing.

Nursery and orchard planting began in earnest at Forrestfield. In the early years Dawson’s were also a significant fruit producer, with the firm supplying about 25-30 tons, a year, of Satsuma plums for jam making. Extensive cut flower crops were also grown at Forrestfield and the flowers sold through Dawson’s city flower shop and Interflora franchise. Nursery stock production was very different then with most trees, shrubs and roses being grown in the ground and sold as bare rooted plants or lifted and wrapped in sacking. Plants were also grown in terracotta pots or steel tins (there being no plastic pots).

One of the difficulties faced by Dawson’s in the early days was the lack of reliable roads servicing the Forrestfield site. This made the journey into Perth a slow and difficult one. As much of the land was prone to winter flooding, winter journeys were particularly arduous, as Bill Dawson recalled “We had to go through a series of swamps there and the water would come up to the footboards of the car, but it was always alright”.

In the early years, Dawson and Harrison, had a series of stores in the city, the first of which was situated in Central Arcade, opposite the GPO, in what is now Forrest Place. In those days shopping was very centralised, with most people visiting the C.B.D for their major shopping needs.

George Dawson’s sons, Bill and George, made lasting contributions to WA and Australian horticulture. George Dawson, helped establish the Nurserymen’s Association of WA, serving as the first Secretary and later as National President of the Association. 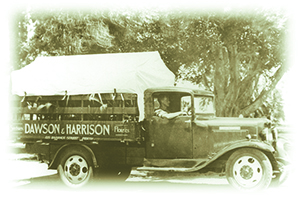 Bill Dawson, was an innovative marketer and known as “a walking encyclopedia on gardening”. Bill brought the first Interflora florist franchise to Australia and his regular Sunday morning radio shows were compulsive listening for WA gardeners.

In the 1950’s Dawson’s took the innovative step of opening up the Forrestfield site to the public for retail shopping. This proved so popular that by the early 1970’s Dawson’s closed their city store in favour of developing modern style Garden Centre trading at Forrestfield.

By the mid to late 1960’s, plastic pots had just become available and Dawson’s came up with the idea of growing roses in plastic pots. This was very innovative idea and a bit controversial at the time, but the buying public loved it and it meant roses could now be offered for sale all year round.

A lot of things have changed since 1903, but Dawson’s remains a Western Australian family owned business, operating a production nursery in Forrestfield and retail Dawson’s Garden World Centres at Forrestfield, Swanbourne, Joondalup and O’Connor.

Much of Dawson’s heritage is on show at the Forrestfield Garden Centre. Here customers can browse beneath towering trees planted during the 1930’s and have coffee or light meal in the original Dawson homestead, now the Coffee Shop.